Central Crop Insurance, LLC is a full service crop insurance agency and service center that specializes in insuring your crop and livestock farming needs. Our office provides our policyholders with over 50 years of crop insurance sales, service, and claims experience. We are a family operated business working to provide the necessary insurance solutions to our customers so you may protect and manage your farming operations for future generations.

When it comes to insuring your farming operations, you need a dedicated team of agents and office staff who fully understand the ins and outs of the crop insurance industry. We take great pride in serving our customers with experience and integrity. Contact us today to speak with an agent in your area. 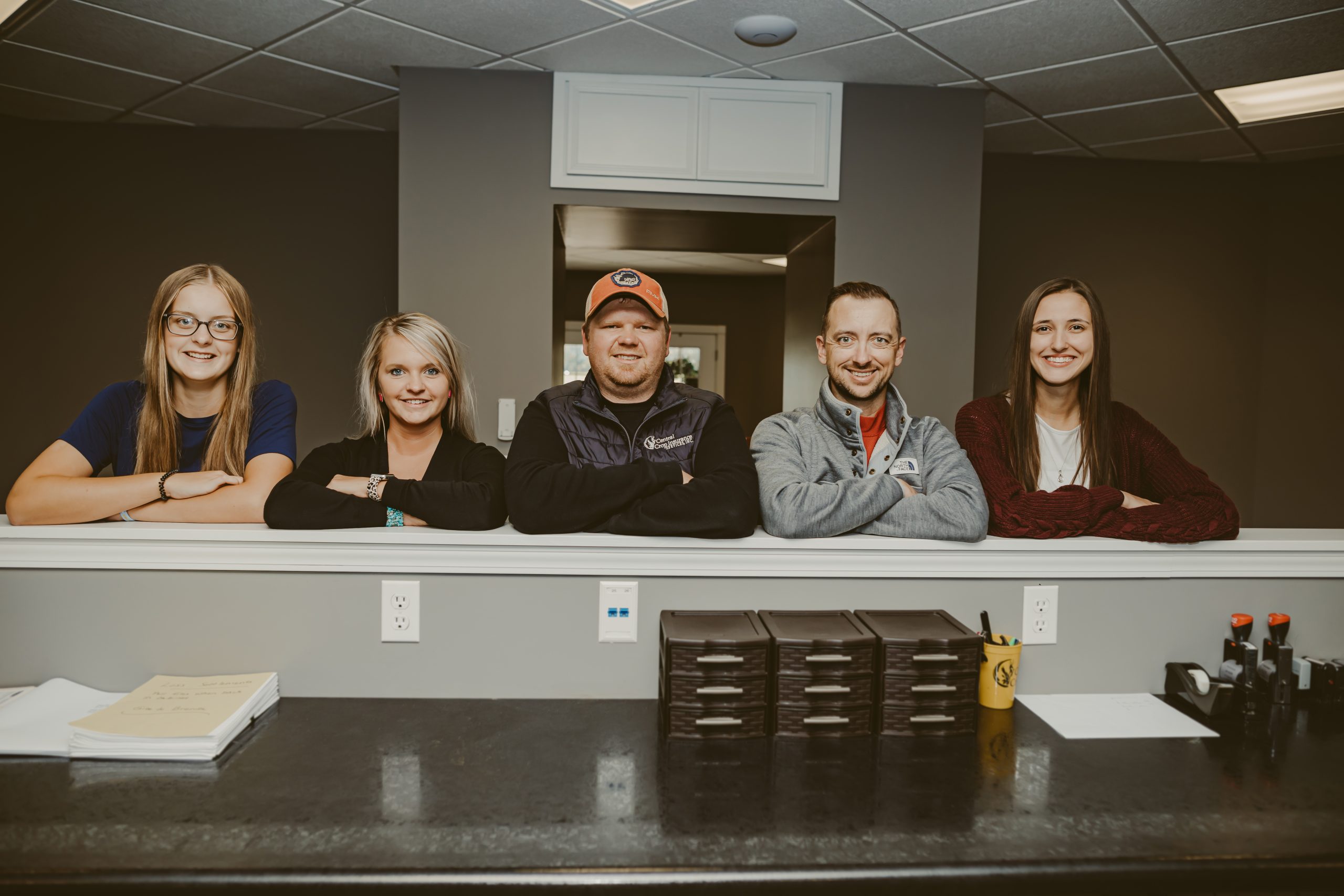 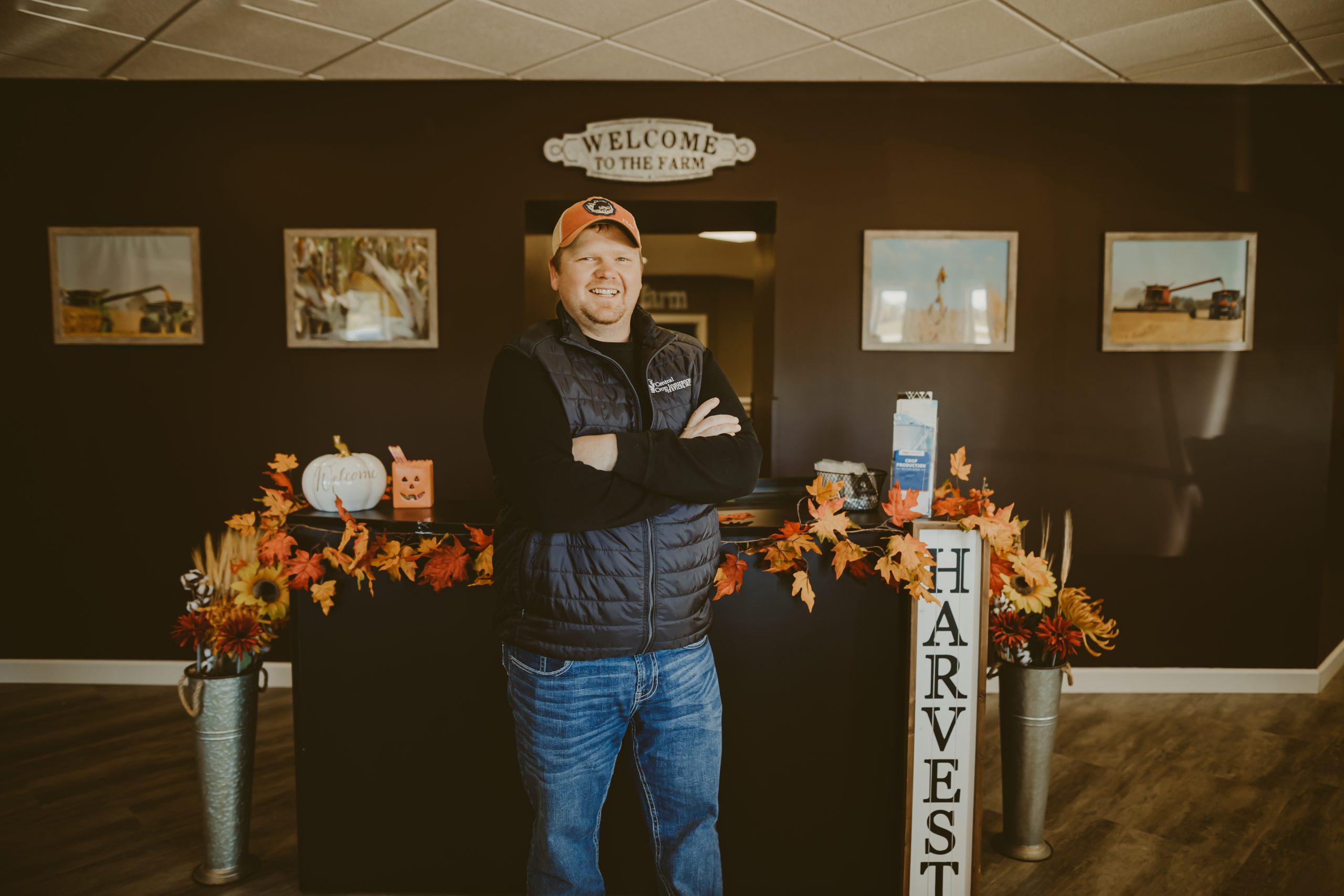 Adam attended and graduated from North Callaway High School in 2005. During his years in high school, Adam was active in FFA and a member of the Farm Business Management team. Adam also participated in Future Business Leaders of America, Technology Student Association, National Honor Society, Spanish Club, Baseball, Track and Field, and Football. Adam graduated from Missouri State University in Springfield, MO. with a Bachelor of Science degree in General Business. Throughout high school and during college, Adam utilized GIS software to map acreage reports for Central Crop Insurance. After graduation, Adam accepted a position with Farmer Mutual Hail Insurance Company of Iowa. He spent 10 months working multi-peril and crop hail losses around the Midwest before being promoted to the Southern Indiana Field Supervisor position where he managed agency sales and a group of claims adjusters. In 2013, Adam was promoted to Indiana Sales Supervisor where he worked with agents around the state to build their books of business. Adam left Farmers Mutual Hail in 2014 and moved back to Missouri in order to work in the family agency as the Sales Manager and Agent. Adam currently resides in Auxvasse, MO with his wife Baylie and two children, Barrett and Reagan. Adam enjoys various activities outside of the office which include, hunting, shooting, reloading ammo, fishing, golfing, bowling, and taking part in his children’s activities. Adam and Baylie’s family is rounded out with two loveable four legged children, Lilly and Sadie. 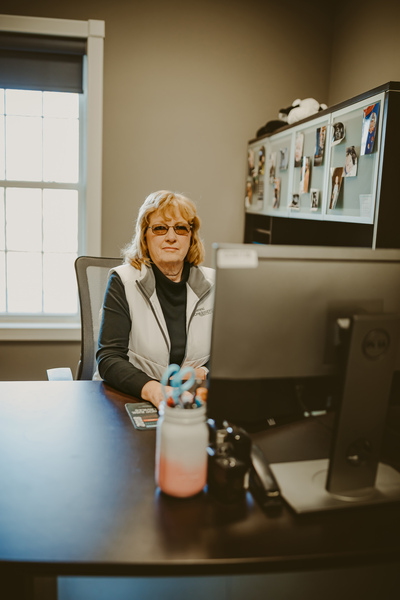 Brenda is a lifelong resident of Callaway County Missouri raised on a cattle/crop farm near Fulton, Mo. Alongside the cattle/crop farm, her parents were also insurance agents. Brenda began working in the family insurance agency early on in life and continued through her high school years. In 1982, Brenda was employed by Planters Mutual Hail Insurance Company. Between 1983 and 1997, Brenda worked for multiple crop insurance companies such as National Farmers Union, Crop Growers, and Columbia Insurance. Her duties encompassed all phases of crop insurance from underwriting, claims, accounting, tech support, and service center management. Dedication to the farming community and knowledge of risk management tools led Brenda to open her own independent crop insurance service center in 1997. Her hard work and determination to serve policyholders has built Central Crop Insurance, LLC into on the premier crop insurance agencies in the Midwest, serving farmers and agents from Kansas to Ohio. 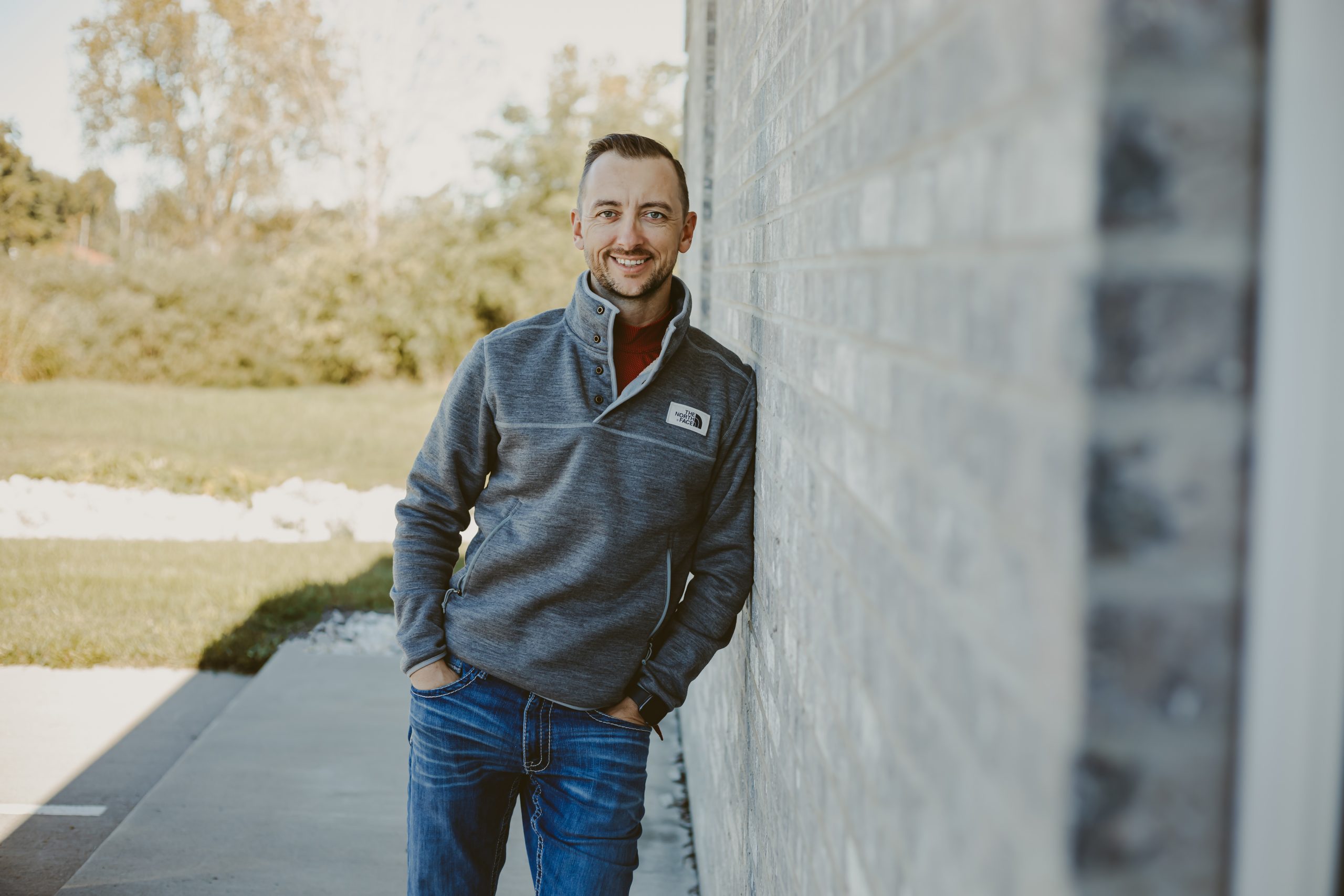 Kirt Kleindienst has lived in rural central Missouri most of his life. Growing up in Callaway County, Kirt attended school in the North Callaway School District, where he graduated in 2003. Competition has always been a driving force for Kirt. Growing up, he was active in Baseball, Basketball, and Football. Kirt continued his love of sports by playing baseball in college. He played two years for Northeastern Oklahoma A&M in Miami, OK. After that, he went on to play at Eastern Kentucky University in Richmond, KY.
After college, Kirt returned home to central Missouri. He began his career at Columbia Water & Light, working here from 2008-2021. Kirt primarily worked in Electric Distribution, serving as a supervisor. Kirt and his wife, Alecia Kleindienst, have a house full of boys: Caleb, Kaden, Lane, and Kolby. The Kleindienst family is very active in the community and in local sports. Kirt is the head of the Callaway Crew baseball organization as well as owner of 54 Country located in Fulton, MO.

Logan is a 2010 graduate of Montgomery County High School in Montgomery City, Missouri. After high school, Logan obtained various certifications including Certified Medical Scribe and Certified Medical Assistant and entered the workforce at the University of Missouri Hospital and various doctors’ offices. Looking to go a different direction, Logan joined Central Crop Insurance in 2021 as processing specialist. Logan resides on a farm in rural Audrain County where they farm a corn and soybean rotation as well as an Angus cow/calf operation. Her time away from the office is spent with her son Bentley who enjoys fishing, hunting, and several sports activities. Logan has a Golden Retriever named Duke who likes to spend time in the combine with Andy and a cat named Matt Dylan. 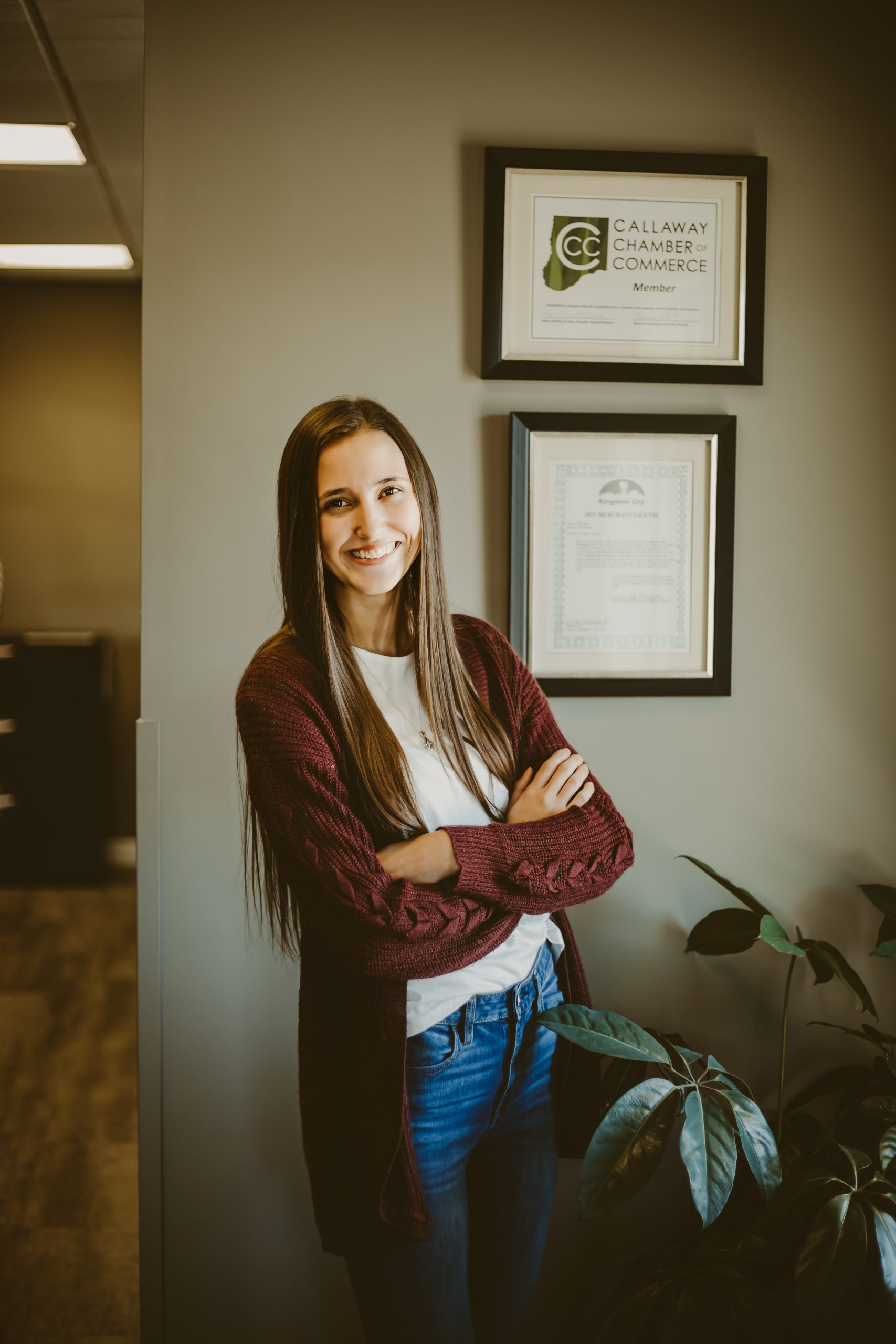 Christa was born and raised in Callaway County Missouri. She attended Williamsburg Elementary and North Callaway High School where she graduated in 2019 with many honors including Valedictorian of her class. During high school, Christa was an active member of FFA serving as secretary and Vice President. Christa was also active in FBLA, FTA, Biology Club, Spanish Club, National Honor Society and was a member of the Track and Cross-Country teams. Through her hard work, Christa earned many scholarships and is attending Westminster College in Fulton Missouri pursuing a degree in Early Childhood Education. Christa started employment at Central Crop Insurance in the summer of 2017 as office support staff for the acreage reporting season. Since then, Christa has continued her work at Central Crop Insurance in a wide range of duties throughout the years. 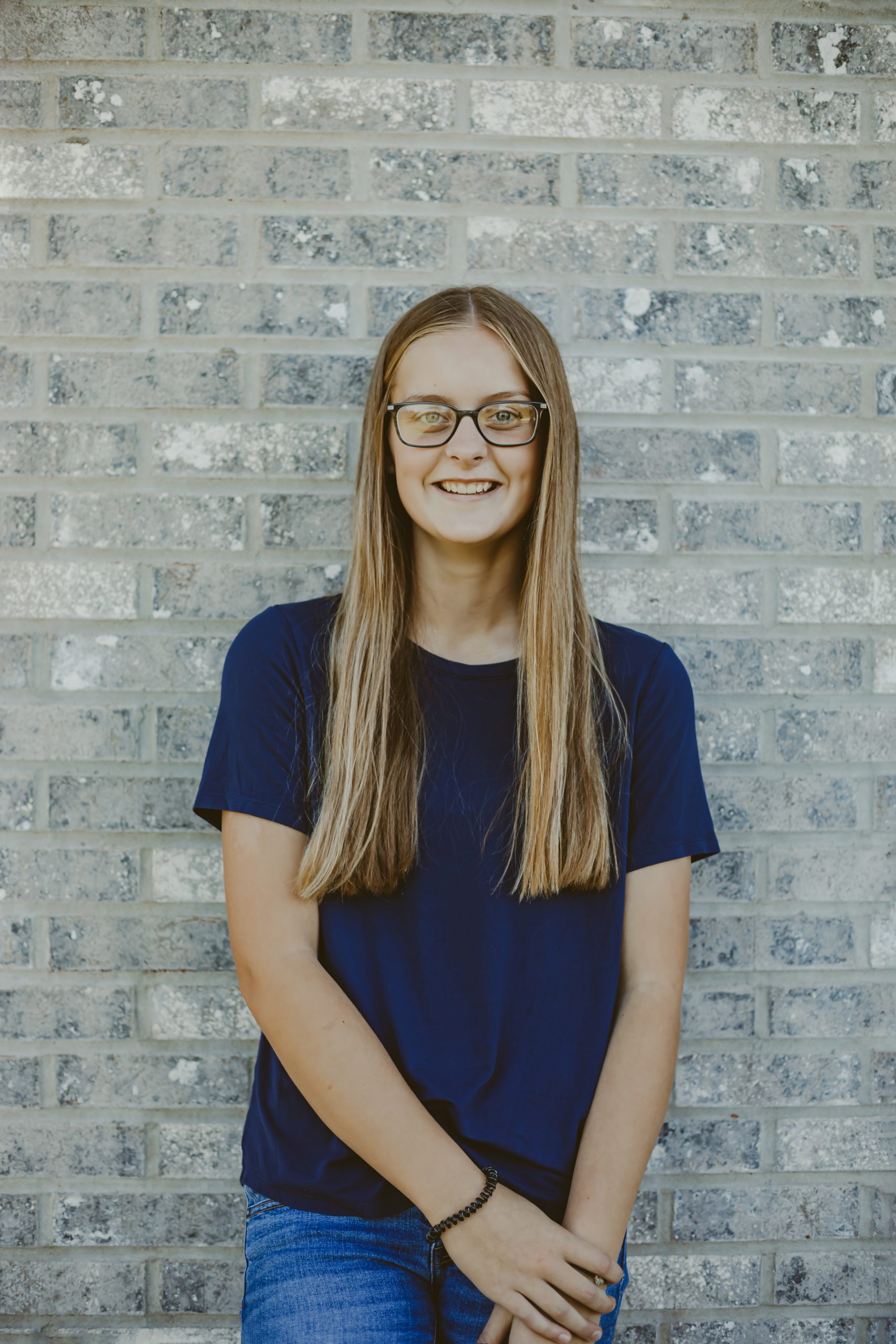 Lauren was born and raised in Fulton, Missouri. She went to Hatton-McCredie Elementary and is now going to North Callaway High School. Lauren is an active member in Student Council, FFA, FTA, FBLA, and is also a member of the softball and basketball team. Lauren began working at Central Crop Insurance in the summer of 2021 as office support during acreage reporting. 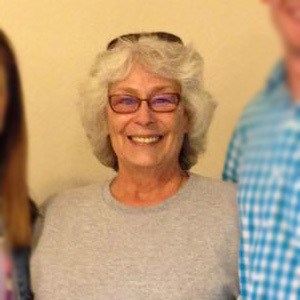 Linda Horstmeier continues to be actively involved with the farming community through her work at Central Crop Insurance. Linda is semi-retired and works part-time scanning and filing records and documents. Prior to working at Central Crop Insurance, Linda enjoyed a career at the Callaway County FSA office working with all farm programs and assisting farmers throughout the county. Alongside her careers in the agricultural community, Linda was very involved in the family farming operation in Callaway County. Time away from work is filled with the many activities that her children and grandchildren are actively involved in from showing livestock to baseball games. 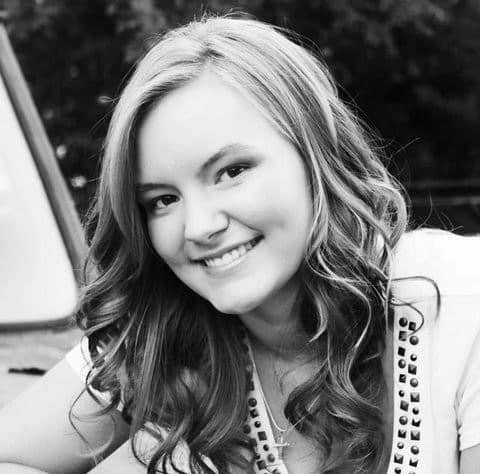 Devan Wilkerson is from Auxvasse, Mo., attended North Callaway High School, and began working at Central Crop Insurance in the summer of 2012 as Mapping Specialist. She currently attends Harding University in Searcy, Ar., in hopes to graduate with a bachelor’s degree in Communication Sciences and Disorders in May 2016. After graduation, she plans to continue her education in the field and obtain a Master’s degree.

View the important dates for your state.
See Dates